– A Beacon of Hope

The popular revolution that started in North and East Syria in 2012 has achieved real successes for the people of the region, including the territorial defeat of Islamic State in 2019 and huge steps towards the realisation of women’s liberation in all aspects of politics and society. The people of North and East Syria have also shown that direct, grassroots democracy can work in practice at a large scale, and that pluralism and tolerance for all can be achieved in one of the most sectarian and conflict-ridden regions on earth.

But the revolution has also provided a beacon of hope and inspiration to people elsewhere in the Middle East and across the world – hope that a better, fairer and truly progressive way of organising society is achievable, despite brutal attacks and many other challenges. This hope is demonstrated in the number of people who have flocked to Rojava from around the world to defend the revolution against multiple threats – many of whom have given their lives for this cause alongside their Kurdish and other comrades.

If you support the democratic, feminist, pluralist and environmental aims of the Rojava Revolution, we invite you to join us in developing and delivering a broad range of projects all aimed at assisting the people of North and East Syria and encouraging others to do the same.

Today, North and East Syria and its democratic institutions need the support of likeminded people around the world more than ever. Working with the Kurdish community in Australia and solidarity groups and campaigns abroad, your contribution can make a real difference in a struggle worth fighting for. 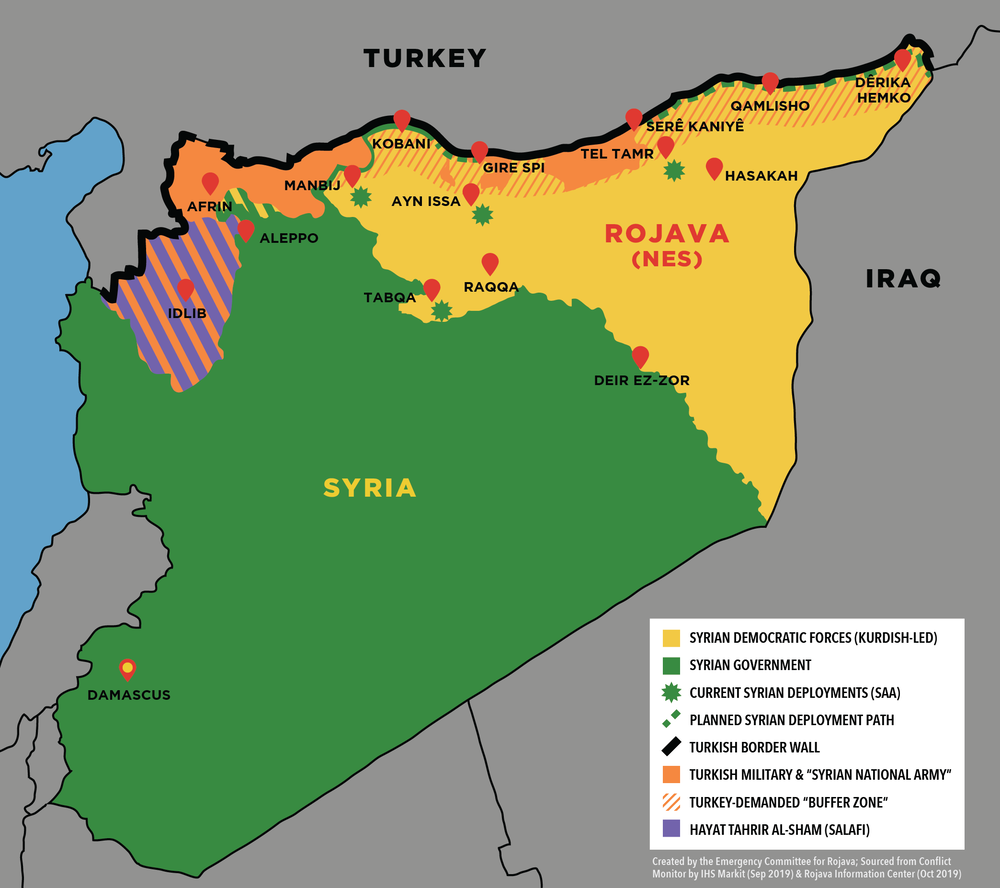 Is it North and East Syria or Rojava?

The area of north and east Syria with a majority Kurdish population is known to Kurds as Rojava, meaning “the West”, as it’s the western part of Kurdistan. The region is ethnically and culturally very diverse. In keeping with its strong commitment to pluralism, the Autonomous Administration (AANES) chooses to refer to it as North and East Syria. Though millions around the world recognise and support the name Rojava, we have respected AANES’s preference and generally refer to the region as North and East Syria or NES (though we also use Rojava at times).