The popular movement in NES has its origins in decades of struggle by the Kurdish freedom movement. It became highly organised from 2012, after the withdrawal of Syrian regime forces, with a system of autonomous bodies such as communes and cooperatives developed. It continues to evolve today, based on an approach known as democratic confederalism. This includes four key principles:

Direct democracy – unlike in many Western democracies, the people of NES are actively engaged in all aspects of running the region’s politics, society and economy on an ongoing basis. This is achieved through a system of federating bodies, starting at the local (neighbourhood or workplace) level through to the canton, sub-district and district level and finally NES itself. Direct democracy means people taking control over the decisions and actions affecting their lives.

Women’s rights – perhaps the most visible change in NES is that of the role of women in what was a traditionally conservative society. Every leadership position in NES is held by male and female co-chairs; every town and village has a women-only space; and women have played a leading role in all political developments and the defeat of Islamic State. Unlike other revolts in the Middle East, women are at the very core of change in NES and will continue to advance their rights.

Pluralism – the NES region is very diverse, with a majority Kurdish population (including Yezidis) mixed with Arab, Assyrian (Syriac and Chaldean), Turkmen, Armenian, Chechen and other communities. Religious beliefs are also diverse. The Autonomous Administration ensures there is tolerance for all backgrounds and practices, resulting in strong support for the NES’s policies among all ethnic groups. 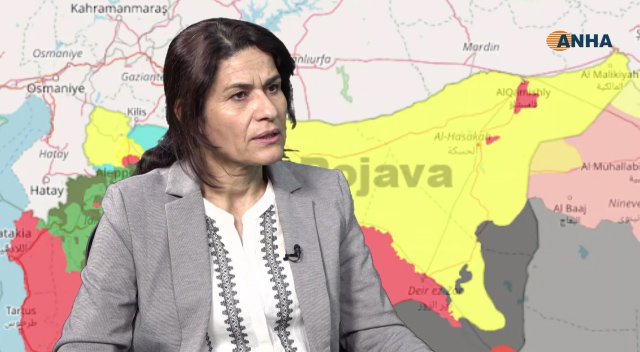 Ecology – despite years of conflict and ongoing attacks by Turkey’s military and proxy gangs, the people of NES have focused on restoring the degraded natural environment of the region and on protecting its resources. Many ecological projects have been launched and groups such as “Make Rojava Green Again” have been key supporters of the popular revolution.

Far from simply “subscribing to Western values”, the people of NES have used these four principles to build a radically different society. People now largely determine their own future and women’s rights, tolerance of diversity and protection of the environment are front and centre of all decision-making and action in NES.