Why act in solidarity?

In July 2012, as the Syrian civil war began, regime forces largely withdrew from the Kurdish-majority areas of North and East Syria (NES), known to Kurds as Rojava. A popular, mostly peaceful uprising led to the setting up of three autonomous cantons and a radical experiment based on direct democracy, pluralism and women’s rights. Its achievements have been hailed as a beacon of hope for the Middle East and the world.

In 2014 Islamic State fanatics from northern Iraq occupied large areas of NES. Kurdish fighters of the People’s and Women’s Protection Units (YPG and YPJ) eventually turned the tide at the heroic defence of Kobane. With limited air support and light arms, Kurdish forces and their allies steadily beat back IS until its historic territorial defeat in March 2019. Achieving victory at a cost of over 11,000 killed and 20,000 badly wounded, the people of NES performed a great service for the world – a debt that remains unpaid today.

Obsessed by its hatred of Kurdish self-determination, Turkey’s dictatorial Erdogan regime invaded and occupied the western canton of Afrin in early 2018. In late 2019, following President Trump’s infamous order for US forces in the area to stand down, Turkey again invaded NES on a wider front, causing massive upheaval and suffering.

Today, the autonomous NES region faces enormous challenges – harassed on a daily basis by the Turkish military and its jihadist thugs, opposed by the Assad regime and excluded from international talks on the future of Syria. AANES must provide housing to over 600,000 displaced persons, while safely guarding tens of thousands of IS prisoners and their families – and must now face the global covid-19 pandemic with limited resources and little outside aid. 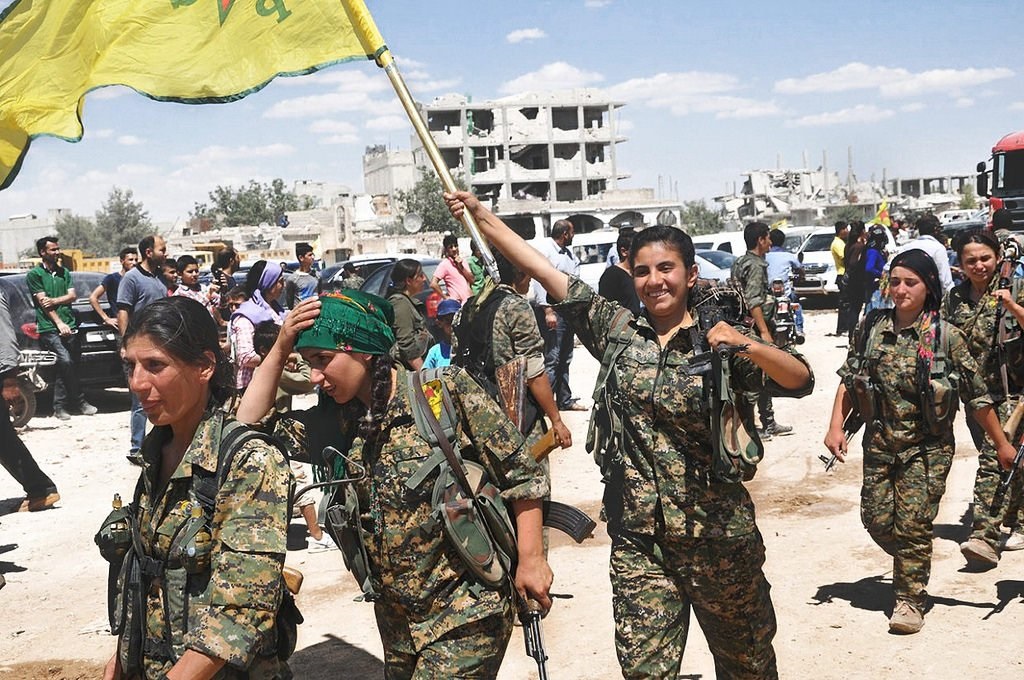 The people of North and East Syria should not face these challenges alone – they deserve our support and solidarity.