What is democratic confederalism?

NES is built on a revolutionary societal structure called democratic confederalism, which stands in contrast to the dominant model of nation-states within global capitalism. It is a non-state social paradigm, or democracy without a state. It involves democratic decision-making processes based on collective consensus that rests on voluntary participation.

Democratic confederalism is a type of political formation where society governs itself and where all societal groups and cultural identities can express themselves in local meetings, general conventions and councils. What is important is the ability to take decisions through councils and discussions. It is based on grassroots participation. Its decision-making processes lie with the communities. Higher levels only serve the coordination and implementation of the will of the communities that send their delegates to the general assemblies. Each community, ethnicity, culture, religious community, intellectual movement, economic unit etc, can autonomously configure and express themselves as a political unit.

Democratic confederalism is the form where direct democracy is constituted and becomes functional.

Further reading: download (here) the presentation made by NESS’s Mitchel Fielding at our recent webinar on democratic confederalism (3 April 2022). 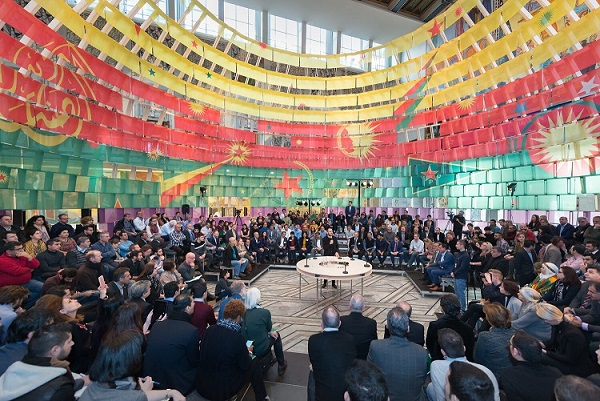