In response to the violence and discrimination experienced by Kurds throughout history and throughout all parts of Kurdistan, which continues without pause today, a popular and broad resistance movement has developed and now forms a significant part of Kurdish politics and society across the world.

A wide range of political parties and diverse organisations focused on women, youth, culture and community exist in all parts of Kurdistan and throughout Western Europe and other diaspora countries. Known collectively as the Kurdish freedom movement, they have become celebrated for their steadfast resistance, their critical analysis of political and other developments in the Middle East and for the inspiration they provide to those yearning for freedom and liberation worldwide.

Drawing on the theoretical analysis and writings of the imprisoned Kurdish leader Abdullah Öcalan, who developed a philosophical and political system known as democratic confederalism, the Kurdish freedom movement has abandoned its previous aim of an independent Kurdish state – that is, a state just like other modern capitalist states, with rigidly controlled borders, regular disputes over territory (requiring a military and security apparatus) and coercive control of its subject citizens. In its place Öcalan has proposed the democratic nation, in which groups of people exercise direct control over their affairs and destiny through self-determination and self-organisation, and freely choose to affiliate and associate with other groups and regions.

The popular revolution in North and East Syria, which became highly organised after the withdrawal of Assad regime forces in 2012, was inspired by the broader Kurdish freedom movement and forms a key part of that movement today. It is in NES, or Rojava to the Kurds, that the principles of the Kurdish freedom movement have had the broadest scope to be put into practice at a society-wide level in a region with a population of well over 4 million.

These principles include a commitment to direct or grassroots democracy, achieved via a system of federating communes and other bodies which ensure real power lies in the hands of the people; a profound commitment to women’s rights, ensured through equal representation on all key bodies and exemplified by the many thousands of armed female fighters who make up the women-only militia YPJ (Yekîneyên Parastina Jin or Women’s Protection Units); an equally strong commitment to pluralism, in a region with a highly diverse population of many cultures, faiths, languages and traditions; and a commitment to ecology and nature, in which resources are used sustainably and the harm previously done to the region’s environment is addressed through policies and programs. 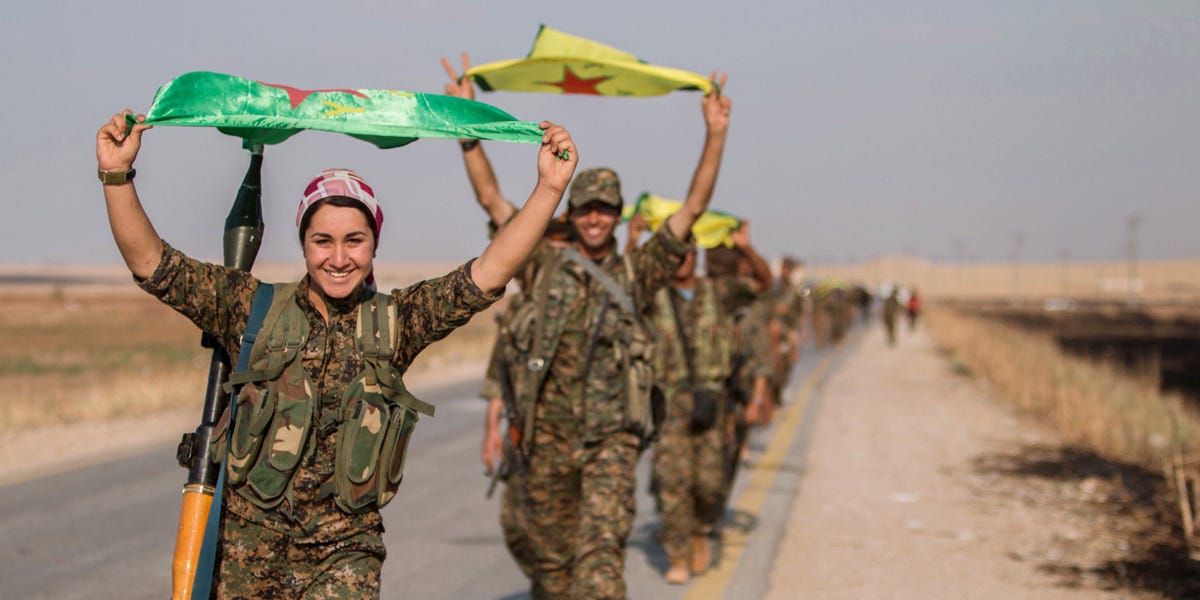 The single most significant achievement of the Rojava revolution has been to implement these key principles in practice, consistently and systematically, over almost a decade despite the enormous challenges faced by the region’s people. These have include the rise and subsequent defeat of Islamic State; occupation and unceasing attacks by the military and security forces of Turkey’s Erdogan regime and their proxies; the need to provide care and shelter for very large number of refugees and displaced persons; unrelenting opposition by the Assad regime and its international supporters such as Iran; the weaponisation of water by the Turkish state, with consequent impacts on food production, energy and daily living; and a lack of international recognition and support exacerbated by limited access to open and secure borders.

In light of these and other challenges, the achievements of the people of North and East Syria can only be described as spectacular.