The revolution in Rojava is first and foremost a feminist revolution. One of the most visible signs of this are the female fighters of the YPJ – the Yekîneyên Parastina Jin or Women’s Protection Units – who fought heroically alongside their male comrades to defeat, in 2019, the brutally misogynist and women-enslaving thugs of Islamic State. This historic victory was achieved at significant cost – tens of thousands of young Kurdish women and men killed and badly injured.

But the women’s revolution in North and East Syria goes well beyond the establishment of an armed and independent female fighting force. The principles of gender equality are reflected in the structure and fabric of the region’s society and administration. For example the principle of dual leadership (hevserok) applies everywhere in Rojava – all bodies, without exception, are led by two people, one of whom must be a woman. This “Co-Chair” approach has now been widely copied overseas.

In addition, a minimum 40% quota for female membership applies to all councils (e.g. those of the communes that make up the basic unit of social organisation in North and East Syria) and other bodies – all commissions, courts, delegations and so on. In many cases, as the revolution has resulted in sweeping social and attitudinal change, this minimum quota has been exceeded with women forming a majority of members.

Another key feature of women’s emancipation in North and East Syria is the system of parallel, women-only bodies that sit alongside all communal councils and most other bodies. These have veto powers over any issues relating to women or gender – they cannot be overruled by the equivalent mixed-gender body. All elements of Rojava’s version of a police and security force, the Asayîş, for example, have a female-only section, the Asayîşa Jin, with sole responsibility for matters related to women and families.

As the revolution unfolded in Rojava and Islamic State was beaten back and territorially defeated, more and more women-only spaces were created. Most villages and all towns now have one of more Mala Jin or Women’s Houses. Many women-only farms and other cooperatives have sprung up and become an important part of local economies. There are also a wide range of active women’s organisations, from the Kongreya Jinen Azad (Congress of Free Women) to the Women’s Education and Research Centres, the Young Women’s Movement, the Syrian Women’s Association and many others. 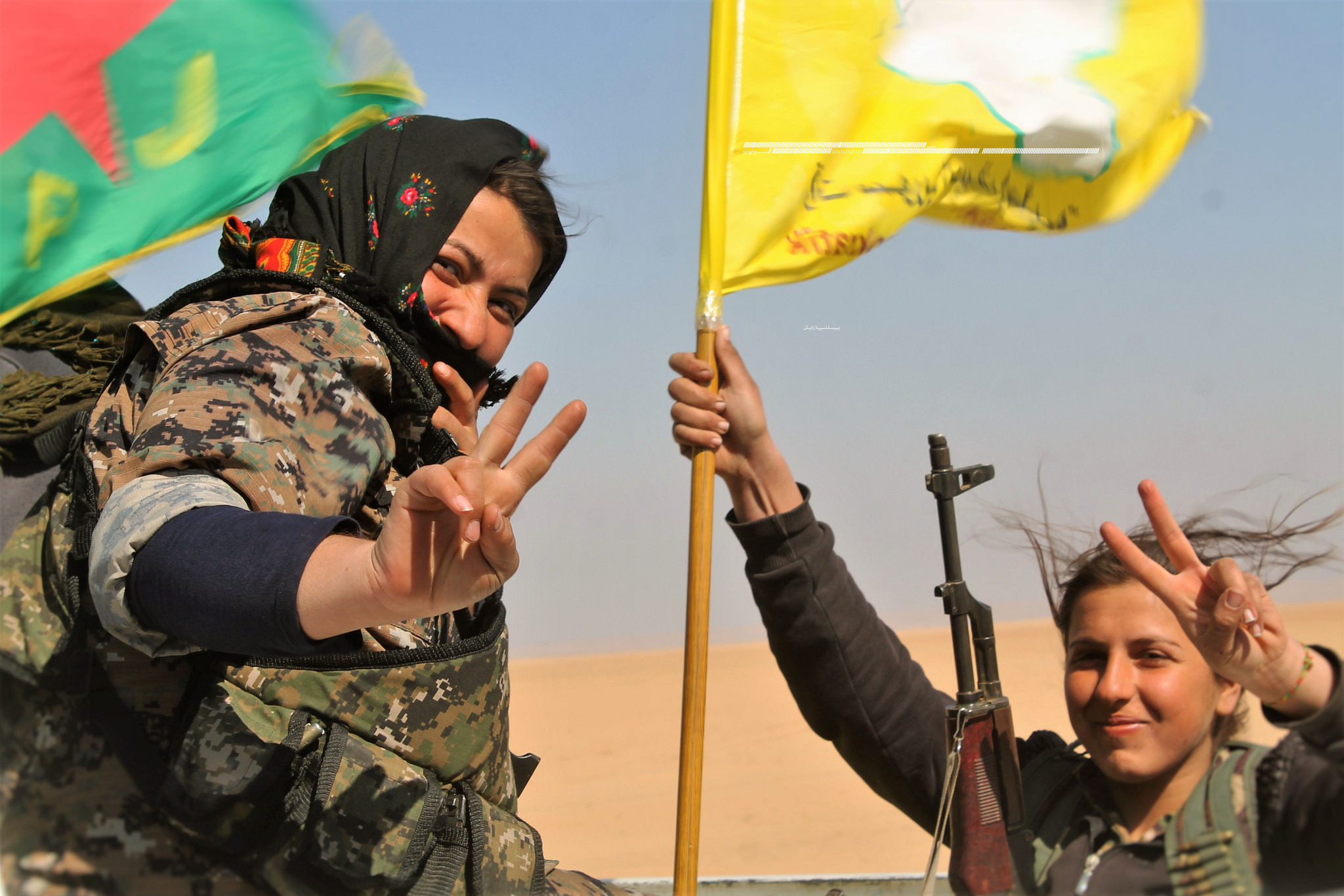 Women of the Rojava Revolution in their own words:

“Our Rojava revolution is a revolution of women. In Rojava there is no area of life in which women don’t take an active part. One of our biggest achievements has been to break the prevalent dogma in the Middle East that women are weak and lacking, as expressed in different ways such as in Sharia law. … We believe that a revolution that does not open the way for women’s liberation is not a revolution. There have been revolutions in Libya and Egypt and Tunisia – there have been new governments – but the same status for women has persisted.”

Çınan Salih, Representative of TEV-DEM (Movement for a Democratic Society)

“This may be the first time in history that women have played such an active role in organising a revolution. They fight on the fronts, they serve as commanders, and they participate in production. There’s no place in Rojava where women are not to be seen. They’re everywhere and part of everything.”

Zübeyde Sarı, in “Women of Rojava”

“We’re still a long way from achieving our goals. But we’ve learned from the failed revolutions in the past. They always said: ‘Let’s carry the revolution to success, and then we’ll give women their rights’. But after the revolution, of course, it didn’t happen. We’re not repeating that old story in our revolution.”